What are demons? Demons are supernatural beings that appear in various religions, mythologies, and legends. The word “demon” is derived from the Greek word “daimon”.
There are two different types of demons: those that have never walked the earth and those that have lived on earth and lived a life of sin. The word “demon” is generally used to describe beings from the underworld, not hell, their goal is to make sin attractive through temptation. They can also be described as a being who abandoned the path of righteousness to follow Satan, God’s adversary.

Demon is not Satan/Lucifer in the literal sense and a demon is not equal with Satan/Lucifer. It is a misconception of many that any verse in the Bible which describes demons must be referring to Satan/Lucifer or any other evil angelic being. A demon is a spirit being, which does not have the same status as an angel. They were created by God but did not remain faithful to Him (in other words they didn’t accept God’s plan of redemption). The Bible describes Satan as having been created perfect and holy, yet he turned against his Creator out of jealousy over a primacy he believed to be his (or possibly wanting to set himself up above God). 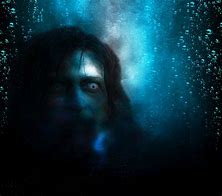 The Bible describes Satan as having been created perfect and holy, yet he turned against his Creator out of jealousy over a primacy he believed to be his (or possibly wanting to set himself up above God). In doing so, he became the enemy of God and all that is good. In the book of Job and elsewhere in the Bible, Satan is said to be a supernatural being. He may take various forms, including an angel or a beast. He generally presents himself as an authority figure with great power and dominance. In contrast to God’s own presentation of Himself to humanity, that of Satan is always negative and selfish. In fact, he is often portrayed as a liar, a trickster, or a deceiver (e.g., 2 Cor 11:3; Rev 12:9).

A demon is a spirit that can bring harm or troubling situations to its host. The Bible sometimes uses the word “demon,” especially in the New Testament, as a synonym for the fallen angels who followed Satan. These evil angels are said to have been created by God as good beings, but after their fall they became evil (2 Pet 2:4). In modern Western culture, the word “demon” is often used to describe various unrelated spiritual beings such as genies and certain mythological beings such as vampires and werewolves. But Scripture always refers to demons in association with false gods or powers that have not come from God.

The Bible tells us that Satan is not one of His angels but a fallen angel who was perfect in all his ways at first. God calls him “Lucifer,” which is a Latin word meaning “light bearer.” Although English translations refer to the archangel Lucifer; Lucifer does not appear as such in the original Hebrew or Greek text. It does not predict his downfall but instead describes him as a figure.

In the Old Testament, Satan is the ruler of a host of fallen angels (Sethites), who were created by God but cast out of Heaven for their rebellion against Him. He is also the ruler in Hell. In the New Testament, however, Satan is referred to as “the god of this world.” (2 Corinthians 4:4)

In the New Testament, demons are referred to as “evil spirits” or “unclean spirits.” (Acts 19:13-20) They are not necessarily part of Satan’s host, but evil spirits who work through humans for their own purposes. These demons force man to live an unclean life.

The responsibility for casting out these evil spirits falls into the hands of Jesus Christ. He sent out His twelve disciples, instructing them to go out and teach everyone and to heal those tormented by evil spirits. (Matthew 10:1; Luke 10:1)

Jesus instituted seven different actions or commands to be used by the apostles during exorcisms from demons (see Matthew 10:8-11). Also, before He ascended to Heaven Jesus promised His disciples that the Holy Spirit would be sent to them after His ascension. The Holy Spirit would enable them to cast out evil spirits just as Jesus did, and the apostles did. ( See Matthew 10:1; Luke 10:1)

All who accepted Christ’s sacrifice on the cross became joint heirs with Him of God’s Kingdom. Satan rebelled against God because he wanted to be “like” God or even replace God in control of His creation. Having lost control over Heaven, Satan now seeks dominion over Earth and its inhabitants. The most common form of this demonic assault is a major attack on man’s will through temptation.